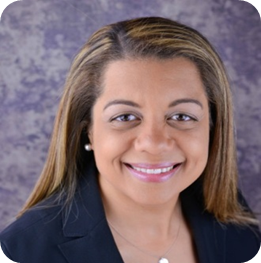 Mildred Otero is currently the Vice President for Policy Leadership at Leadership for Educational Equity (LEE).  In this role, Mildred is responsible for supporting LEE members in their public policy leadership development as they work to end educational inequities.  Prior to joining LEE, Ms. Otero served as the Chief Education Counsel for Senator Tom Harkin (D-IA), then Chairman of the Senate’s Health, Education, Labor and Pensions (HELP) Committee.  Otero managed the Senate Majority’s education agenda and its policy development and strategy for children from cradle to career.  Such efforts included, legislation addressing early childhood education, elementary and secondary education, higher education, and adult education.

Prior to her tenure in the US Senate, Mildred served as a Senior Policy Officer at the Bill and Melinda Gates Foundation where she led their federal advocacy efforts for the U.S. Programs in Washington, DC.  In this role, Mildred focused on policy advocacy that advanced the foundation’s College Ready and Postsecondary Success strategies.

Ms. Otero relocated to Washington, DC in 2003 as a Congressional Hispanic Caucus Institute (CHCI) Public Policy Fellow working for then United States Senator, Hillary Rodham Clinton. She went on to work at the Children’s Defense Fund as Deputy Director for Early Childhood Development, Legislative Assistant for United States Senator Jack Reed of Rhode Island and later Senior Policy Advisor for then Senator Hillary Rodham Clinton until 2009 when she transitioned with Secretary Clinton to the US Department of State and the United States Agency for International Development (USAID), collaborating in areas of education, youth, and social protection policy affecting the Latin America and Caribbean region.

Mildred began her career as a legislative aide to then New York State Assembly Speaker Sheldon Silver and later served in the Kings County District Attorney's Office in New York City, as a counselor for children ten years old and under who were victims of sexual and physical abuse.