Taking the Slide out of Summer Slide: How Communities In Schools Affiliates Make the Most of Summer

A recent Brookings Institute literature review found that on average, students' achievement scores declined over summer vacation by one month's worth of school-year learning. But for millions of students, it’s the educational relapse that occurs when school is out for the summer months. The U.S. Department of Education released a report in May of 2018 that highlighted the even greater backslide for students who may not have access to summer camps, libraries, zoos, aquariums, and museums due to location or socioeconomic status.

CIS Pittsburgh-Allegheny County combats summer side with their More Magic in the Middle program, which brings engaging supplemental activities to one hundred middle school students. The program is funded by a 21st Century federal grant and consists of both after-school and summer programming.

“During summer, kids do not have the same stressors as they do during the school year, says site coordinator Jean Olivis says of their program. “They are more relaxed, open to learning, and excited to be with their friends from school.” This summer, More Magic in the Middle students will engage in STEM activities and creative arts while bolstering their academic skills for the school year ahead.

"We knew year-round enrichment would improve school-year goals for kids who weren't engaged in their learning. There's only so much that can be done after school," she says of CIS of Wake County's SMART (Students Maximizing Available Resources through Technology) Summers, describing the programming as a chance for both remediation or acceleration.

In Wake County, going to school in the summer doesn't always mean a student has failed a class. Peer-to-peer tutoring gives students who may be bored at their current grade level the chance to help their classmates who need a boost while gaining mastery over the material. Mixed-age classrooms afford a safe space for students who test above or below their grade level to get the precise instruction they need. "We make sure the kids are having fun and so engaged in the activity that they don't feel self-conscious about their placement. Based on grade-level assessments made throughout the year and at the beginning of the summer, placements are made based on students' strengths and weaknesses.

Because the summer curriculum is pooled by Wake County teachers, some students are introduced to upcoming material early. "We've seen a tremendous boost in self-confidence. Kids who were reserved in the classroom, scared to speak up because they didn't understand the material, have the feeling of, 'Oh, I saw this in summer camp, I know this." When students are more comfortable in the classroom and engaged in the material, they're more likely to come to school throughout the year.

"We try to make sure it doesn’t feel like summer school; we think of it as 'edutainment,'" LaToya says. One location does math on the windows with colorful dry erase markers, a sight to be seen from the street below. This year the theme for the program is Marvel Meets Justice League, featuring special guests like a local comic book illustrator who spoke about having a career in the arts.  Additionally, every day there is a hands-on learning activity with a STEM focused that also ties in English and math skills. "One year the theme was forensics, so the kids dissected a worm and learned about anatomy, but then also talked about the sequencing and key details in a crime story and how a crime might be solved by understanding the angles at which blood spattered."

For many kids who rely on their schools for meals and snack, a huge part of summer slide is hunger. Wake County Public Schools' Summer Feeding Program makes sure CIS summer camp students receive breakfast and lunch, but they rely on community donations for snacks. The Inter-Faith Food Shuttle's Backpack Buddies sends kids home with a backpack full of easy-to-make meals, fruit, and veggies every weekend to ensure no mind goes unnourished.

"Access and affordability are everything," LaToya remarks. By keeping the summer programming low-to-no-cost, working parents have a safe and substantive place to send their kids for the summer, regardless of income. "I remember being that kid," she says. "The first assignment coming back from break would always be, 'Write about your summer,' but when there's nothing to write about other than watching TV. . . I remember making up something that sounded good." But for the kids of SMART Summer, the challenge is picking what to write about from among their varying edutaining experiences. 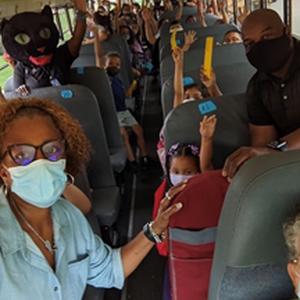 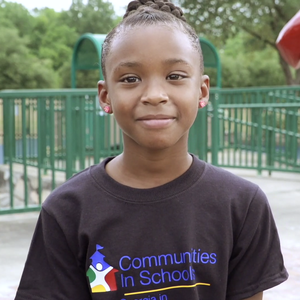 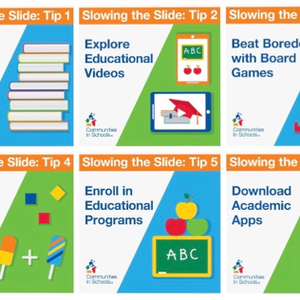