With the support of CIS, our students stay in school, graduate and go on to bright futures. They all have a story about their journey to who they are today. Alumna, Zena, shares hers.

I made it to college! The moment I stepped foot into my new dorm room, I felt a weight lifting off my shoulders. Growing up in a family that emigrated from Egypt, I had to take on extra responsibilities at an early age. My parents’ English was limited and as a student that needed extra academic help, I had to find it on my own. The schools that I attended had many great tutoring and afterschool programs but my parents could not afford them.

Fortunately, Communities In Schools of North Carolina at Rocky Mount found me in seventh grade. I was lucky enough to have Pete Holzworth as my site coordinator. He created a safe and open space after a long day of school. During afterschool hours, he met with my teachers and discussed any grade issues and found tutors for me. Mr. Holzworth helped me maintain the grades I needed to be admitted into the honors program at my future school, Northern Nash High School.

In high school, Dorothy Hinton was my CIS site coordinator. She treated every CIS student as if we were her own child. During this time, my family and I all hoped college would be in my future. My family supported me as much as they could, but because of the language barrier, it was clear that I had to get myself to college. I had questions and CIS had the answers. Ms. Hinton provided all the necessary resources I needed to apply to colleges, including help with financial aid, scholarships and college essays. She also took me and several students to tour the school I currently attend, the University of North Carolina at Charlotte.

By my senior year, I was accepted to multiple colleges and was offered two scholarships. Once I noticed the effect CIS had on my life, I made it my responsibility to help my peers through their college application process, too. I became vice-president of the school’s CIS club, which meant I attended and held one-on-one meetings with CIS and non-CIS students to mentor them through the college application process. When I graduated from Northern Nash High School in 2016 as a North Carolina Academic Scholar, a special recognition for North Carolina high school graduates, I realized I was fortunate to have CIS in my life and that CIS will make a difference in other students’ lives. CIS helped make my dream of college a reality.

This guide is designed to support your efforts to increase your engagement with the CIS alumni community. 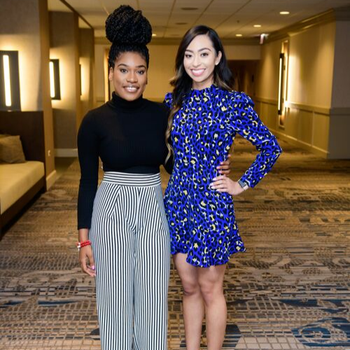