Ja-Mez: Finding a Guide to a Bright Future

“Believe in yourself, believe in the people who are helping you and you will definitely succeed.”

Ja-Mez is about to graduate with his class at Stone Mountain High School – an event that seemed impossible just two years earlier. A childhood tragedy that left him angry and disaffected threatened to derail his life until he came under the wing of Darrell Smith, a caring, empathetic CIS site coordinator working in the school.

“When I arrived to Stone Mountain I did not like the school, and I had a very bad temper. Any little thing would make me snap and be ready to fight. A few instances, I even had conflicts with teachers and administrators and was sent to the alternative school for a semester. When I returned, Mr. Smith was one of the first staff members to even acknowledge I was back,” said Ja-Mez.

“My goal is to help deter students from making the same mistakes I have in the past and provide families with a vision past their current shortcomings. Being embedded in the community, I can see first-hand the distractions our students are faced with on a daily basis, because I live in the community I serve.”

Mr. Smith saw a lot of himself in Ja-Mez and wanted to guide him to a brighter future. When Ja-Mez came back from alternative school, Mr. Smith would show up to his classes, check in with his teachers, and inquire about Ja-Mez’s life at home.

Ja-Mez explained, “[Mr. Smith] found a way to make me feel comfortable with telling him my problems and issues, while at the same time showing me ways to make a change toward being a better me. Throughout the years he has exposed me to different opportunities from internships, college fairs, college visits and entrepreneurship. At this point he is more than my Site Coordinator; I see him as a Big Brother.”

Ja-Mez is now full of self-confidence with the promise of a bright future. He advises other students to: "Believe in yourself, believe in the people who are helping you and you will definitely succeed...I made it happen."

Ja-Mez is featured in our new documentary film, The Push. Watch the film now! 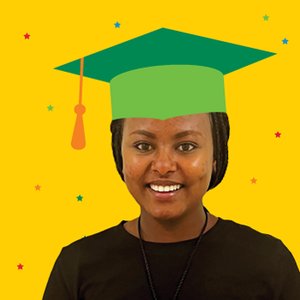 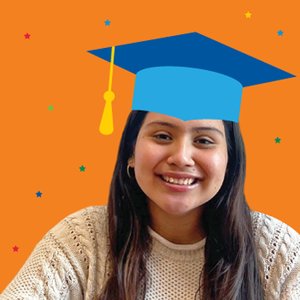 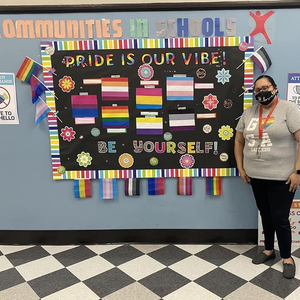