Many African American children face barriers in obtaining an education that will improve their opportunities and life outcomes. One of the main challenges they face is the carceral system: incarceration has disproportionately harmed Black students, families, and communities over time.

The United States has the largest prison population in the world – one out of five prisoners in the world are incarcerated by the United States. Incarceration can impact people of all socioeconomic backgrounds, but it especially affects Black communities. Although Black Americans only make up 13.4% of the population, they are significantly more likely to be imprisoned than people of any other culture. By current projections, one in three Black men born in the United States will go to prison at some point in their lifetime.  And, as many as one in ten African American students currently has an incarcerated parent.

Incarceration not only affects people in prison, but also their families and children. The trauma of parental incarceration often leads to an array of cognitive and noncognitive outcomes known to affect children’s actions. According to the NAACP, children whose parents are involved in the criminal justice system are much more likely to suffer from psychological strain, antisocial behavior, suspension or expulsion from school, and economic hardship. Therefore, the discriminatory incarceration of African American parents can contribute to their children’s lowered performance in schools (virtually or in-person).

At Communities In Schools, we are serving our students beyond the classroom by supporting those impacted by the carceral system. At CIS Georgia of Troup County, middle schoolers affected by the prison system can join the county’s POPS (Pain of the Prison System) Club.

POPS is a place where students who have an incarcerated loved one can safely express a range of emotions – sadness, confusion, anger, isolation, anticipation and hope. CIS Site Coordinator Nick Griffin celebrates the 20 students who gather weekly – virtually for now – to support each other.  “Incarceration affects everyone.  Talking about this with middle schoolers is something most people don’t think about doing, but these kids have opened up and grown so much.  I’m proud of the leaders they have become.”

In POPS Club, kids process feelings through journaling, poetry, story writing, drawing, and spending time together in small groups or with mentors. These activities also allow students to share their experiences and relate to one another. According to Jaylynn, a member of the POPS Club, “POPS is a place where I can share my feelings. It helps me know my worth and gives me confidence.”

Projects from six students in the Troup County POPS Club were chosen to be featured in “Dreamcatchers”, an anthology published by the national POPS organization. The book gives kids a voice on a national platform to express their struggles and feelings about the impact of incarceration. One contributor to "Dreamcatchers” stated, “I hope that my story helps other kids know we have the same struggles. We can learn from each other and we can overcome.” Not only can POPS Club students learn from each other, they also empower one another to build the confidence to plot a brighter future. 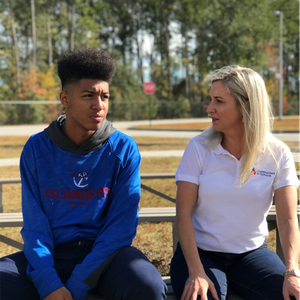 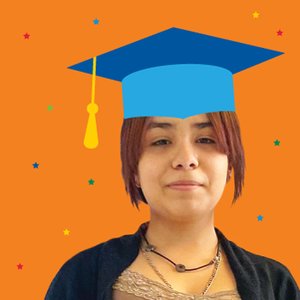 Brisa: Looking Forward to the Future 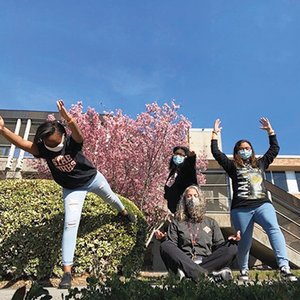